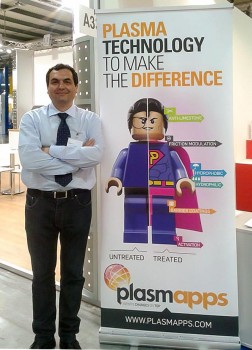 Plasmapps Srl is devoted to provide industries and research laboratories with solutions based on cold plasma technology. Customized industrial plasma processes for modifying the surface of materials and not-standard plasma-reactors (sale and service) are the main products of Plasmapps.

Photo: Giovanni Ventola, CEO Plasmapps Ldt
“Innovation requires a mindset that rejects the fear of failure and replaces that with the joy of exploration and experimental learning” Eduard D. Hess 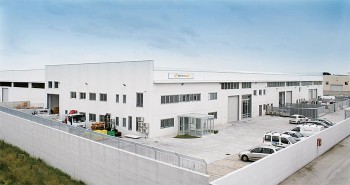 Located in the south of Italy, PLASMAPPS is a leading supplier of solutions based on cold Plasma Technology.

Today Plasma technology offers a valid alternative to conventional chemistry in the process of surface finishing of materials, with many benefits due to its high eco-sustainability. Plasma chemistry is a “dry and green” chemistry working without solvents and with minimal use of reagents. It becomes possible to finely tune the surface properties of the materials through the fine adjustment of the experimental parameters, resulting in a customized “surface tailoring “ of materials, without affecting their bulk properties. 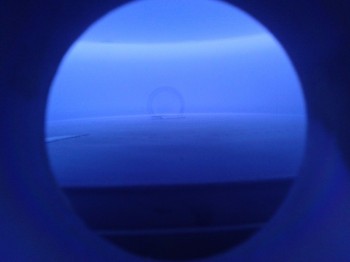 The School of plasma chemistry of the University of Bari is the oldest in Europe and its history begins in 1965 with the arrival of Professor Ettore Molinari at the Department of Chemistry. Prof. Molinari started the first research program of Plasma chemistry. Over time the group has grown up to include, today, several dozens of university professors and researchers from the CNR Institute of inorganic methodologies of plasma, and young fellows and graduate students, all engaged in numerous research topics and applications on  plasma Chemistry for materials science.

The group is an international excellence being one of the major international scientific reality of the South of Italy. Prof. Riccardo d'Agostino, head of the Group, is an international referee, and he is the coheditor of the one of the most important scientific review   on Plasma Chemistry "Plasma Processes and Polymers ". Thanks to its high versatility today Plasma technology offers a valid alternative to conventional chemistry in the process of surface finishing of materials, with many benefits due to its high eco-sustainability. In fact, the plasma chemistry is a "dry" chemistry working without solvents and with minimal use of reagents, eliminating the problems associated with the solvents disposal, humans and environment safety.

In 2004 the first spin-off company of the University of Bari was born with the ambition to open the academic know-how to the industrial world; in 2009 the Apulian Laboratory of Industrial Plasmas was founded. In this scenario Plasmapps was born in 2012, as a natural consequence of the collaboration already established between the academic world and the industrial experience by a group of engineers from Bari.